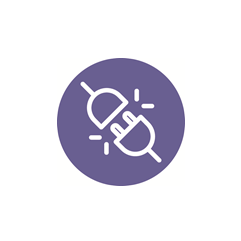 Connecting is recognising relationships between texts and between texts and our own lives. Every text we encounter is considered against our previous textual experiences as we build up a breadth of knowledge and understanding about the ways composers and responders construct meaning. We connect the text to our own worlds and to the world of other texts in order to create meaning. As our encounters with texts extend we have more texts with which to read our world.

Texts can be connected in many different ways:

Why it is important

Students make connections to foreground different perspectives, complex meanings and the interdependence and significance of individual texts, appreciating that each textual experience builds on others.

Students appreciate the impact of texts on each other. In their responding and composing they use the connections between texts to come to new understandings about how ideas are reinterpreted in different
contexts.

Through responding and composing students make connections between information, ideas and texts. They compare texts to understand the effects of different choices of language, form, mode and medium for various audiences and purposes.

Through responding and composing students closely compare aspects of language in and between texts to explore how texts may be connected.

Students discuss similarities and differences in texts from a range of cultures, considering ideas, characters and events drawn from their world and the world of texts. In their responding and composing they use and compare the language of written and spoken texts in different contexts.

Students make responses to texts based on personal experiences. In their responding and composing they start to compare the purposes of texts and explore how the relationship of the visual to the written affects meaning.

Students make connections between a text and their own life. They identify the elements of a text and the relationship between words and images.