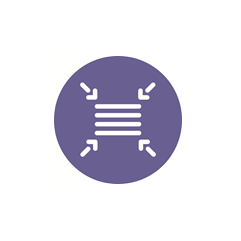 Students engage critically with a text when they make judgements about a text based on systematic analysis. The kinds of judgements they make will depend on their approach to the text which brings with it assumptions about the nature of texts and ways of reading them.  For example, one approach could be to see the texts as reflecting reality and address issues of truth in that depiction. Another approach would be to see a text as a product of power relationships in terms of what lies at the centre and what is marginalised, evaluating the text in terms of how it suppresses certain interests and intervening to promote others. Critical engagement involves making judgements and recognising the critical framework through which these judgements are made.

Why it is important

Students’ critical skills will help them evaluate the multiplicity of texts that they encounter in their lives. This will allow them to understand what is valued in society and their culture, so providing certain kinds of access and rewards, to themselves and to society as a whole. To steer through the sometimes diverse values they encounter and the speed of change of today’s world they also need to understand how we make value judgements and how values change over time

Students synthesise ideas and distinctive qualities in texts and apply different systems of analysis to develop perspectives on texts.  They evaluate texts and perspectives against cultural and literary values to arrive at an informed personal understanding.

Students critically analyse and evaluate the ways in which texts represent different ideas and perspectives. They recognise the effect of context on meaning.

Students explore the different ways texts can be interpreted. They identify ways in which composers position the audience to accept particular views and perspectives and make judgements about these.

Students recognise that texts can influence and position responders.  They analyse and evaluate different ideas and values in texts.

Students distinguish between fact and opinion.